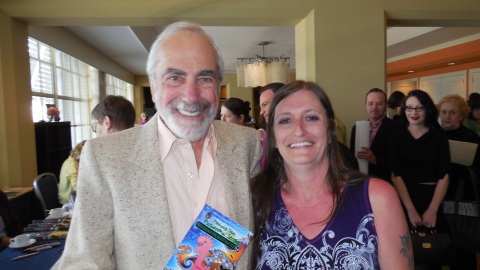 True Paranormal Stories Bologna or Not? Vol. III Near Completion!

The stories are locked. We are now in the process of proofreading and editing. After that, it’s formatting and print drafts.

At over 30,000 words, Vol. III is bigger than the first two books combined. I would estimate we are about two or three months away from making the new book available on Kindle and in paperback. Until then, keep reading the blog for Dr. Hawkings’ weekly posts and for updates on the book’s progress. In a report by the Examiner tell of an unnamed “witness” from South Carolina who claims to have had roughly two hours of his life disappear. The phenomena of missing time has been around for many many years and it is almost always the result of an alien abduction.

The witness in the story says that he had fallen asleep on the couch when his wife came into wake him and ask if he was going to bed. He declined stating that if he moved he wouldn’t be able to go back to sleep. His wife brought him a blanket and he went back to sleep on the couch. He woke up a few hours later and it was dark out. He looked at the clock and saw that it was 2:15 in the morning – time for a Mountain Dew. He gets his Dew out of the fridge and brings it back to the couch. The witness put his Dew on the floor and waits a moment. He rubned his aching neck and then picked up his drink only to notice how warm it’s gotten. He also noticed that his neck is not aching. He also notices that it was 4:23 am.

About 2 hours had gone by in a matter of minutes. Outside his window he could see strange lights a few hundred yards away.

As a scientist, I can see one of two explanations here. One, the man was tired and when sitting on the couch, he unknowingly fell asleep and didn’t realize it. Waking up two hours later in a half asleep and confused state leading to rash conclusions.

Or two, the more likely scenario, he was paralyzed by extraterrestrial abductors who snuck into his house and dragged him outside, down the street and into their space ship. There, he was subjected to repeated experimentation including playing slapjack with a chimpanzee, identifying inappropriate table manners, and burping the human alphabet. Later, he was brought to the kennel where he was thrown into a cage with a hybrid being that appeared to be half-human half-Danny DeVito. After a quick decontamination and memory erasing procedure, he was put back in the exact place on the couch where the extraterrestrials thanked him for a wonderful time and kissed him goodnight before returning to their home planet.

Perhaps a hypnosis procedure will reveal the truth however we have contacted many people who claim to be a “witness” to something but so far we have not found this particular witness.

Join me again next week for more true stories of the paranormal.